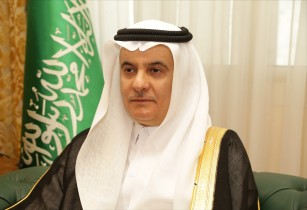 NEOM has launched its subsidiary company ENOWA, which will lead the development of NEOM's world-class, sustainable energy and water systems

Work to develop these utilities has begun to provide the critical infrastructure for NEOM's key projects: THE LINE, its revolutionary urban development; OXAGON, its reimagined industrial city; and TROJENA, its sustainable mountain tourism destination. OXAGON is actively seeking tenants for its manufacturing hub, and supply of energy and water is essential.

NEOM's goal is to ensure all residents and industries in NEOM are powered by affordable 100% renewable energy. This will be the first project in the world that enables this at scale, and NEOM will set the stage for other sustainability projects around the world.

NEOM's water and wastewater system is designed to be completely sustainable, delivering low-cost water to all residents and businesses in NEOM. Powered by 100% renewable energy, the advanced desalination plants will not put anything back into the sea and will deliver drinkable, mineralised water to all in NEOM, directly to the tap or out of a bottling plant.

A significant element of the desalination process is planned to be the production of valuable materials from seawater. The output of desalination, brine, is usually waste, but ENOWA plans to produce significant quantities of valuable, industrial materials such as industrial-grade salt, magnesium, and potassium, which can be sold commercially and effectively.

Abdulrahman AlFadley, minister of environment, water and agriculture and chairman of ENOWA, said, "NEOM is committed to sustainability and the creation of a circular economy. This lies at the heart of the project, and it is vital to the nation too. It is central to Vision 2030 and the nation's goal for net zero emissions by 2060. The creation of ENOWA is a significant development for NEOM and the nation, and it will be the blueprint for developments elsewhere for years to come."

Nadhmi Al-Nasr, CEO of NEOM, stated, "With the guidance and support of HRH Crown Prince Mohammed bin Salman, we are working to make significant global impact through our businesses, projects and our subsidiaries. We welcome new investors and partners to collaborate with us through ENOWA and to help create a circular economy at scale powered by 100% renewable energy and with abundant water for residential and commercial needs. ENOWA's innovative approach will create the blueprint for new, sustainable industries in Saudi Arabia whilst creating a vibrant economic sector. As a trendsetter, ENOWA will become the benchmark for integrated sustainable energy, water and hydrogen systems and extend its approach to other industries to grow the sustainability marketplace both in the region and abroad."

Peter Terium, CEO of ENOWA, added, "Aligned with NEOM's approach to living in harmony with nature, our new company works in partnership with its environment to create a sustainable cycle. This will provide the resources to power a thriving, sustainable economy. Our vision is being brought to life by some of the best minds in the world, leaders in their respective fields, supported by the latest technology and innovation."

NEOM's greenfield site, with no legacy infrastructure, puts innovation at the heart of ENOWA. It will serve as a catalyst and incubator for new companies, which can be wholly owned, or joint ventures.