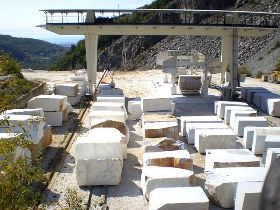 Nine Omani marble and stone manufactures have secured 100 orders, each worth between US$8,000 to US$10,000, to export to markets in Europe and North Africa

According to Muscat Daily, the manufacturers secured these deals after attending the 48th annual International Trade Fair for Stone Design and Technology (Marmomacc), held in Italy recently.

PAIPED said that these manufacturers would now supply marble and stone to banks, hotels and offices in Austria, Italy, Algeria, Ireland, Libya and Egypt.

In 2012, Omani marble and stone valued at over US$24mn were reportedly exported to major markets in Asia and Europe. Manufacturers in Oman have come out with products like Salalah Rose, Ibra Fancy and Desert Bronze marble specific to the country, the newspaper reported.

PAIPED director general of export development Nasima al Balushi said, “It is marvellous to see the positive response received for our pavilion. Indeed, the orders won clearly demonstrate the quality and pricing of Omani marble.”