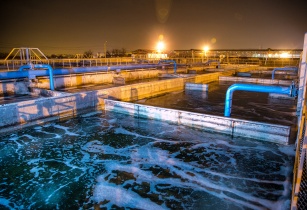 The Al-Haer ISTP is planned to have a sewage treatment capacity of 200,000 cubic metres a day (cm/d), and will be located in the capital city of Riyadh.

The successful developer will form a special purpose vehicle (SPV) to operate and maintain the plant under a 25-year sewage treatment agreement (STA) with SWPC. SWPC’s obligations will be supported by a credit support agreement from the Saudi government.

SWPC has appointed KPMG as lead and financial adviser for the project, with White & Case and Future Water and Power Consulting appointed as legal and technical advisers respectively.

In August, Energy & Utilities reported that SWPC had selected the preferred bidders for the Buraydah 2 and Tabuk 2 ISTPs.

A consortium of Spain’s Acciona and the local Tawzea and Tamasuk was selected as the preferred bidder with a combined levelised cost for both projects of SR1.435/cubic metre cm.

The same consortium was also appointed as preferred bidder for the 300,000 cm/d Medina 3 ISTP.

SWPC awarded contracts for Saud Arabia’s first three ISTP projects in 2019, with sewage treatment plants before this date having all been delivered under standard engineering, procurement and construction (EPC) contracts.

In February 2019, the client signed contracts with a consortium comprising local firms Power & Water Utility Company for Jubail, Al-Amwal al-Khaleejiah and France’s Veolia to develop the Jeddah Airport 2 ISTP. The Jeddah Airport 2 plant will have a capacity of 500,000 cm/d.