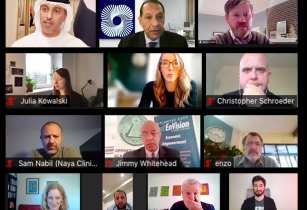 Dr Ahmad Belhoul Al Falasi, minister of state for entrepreneurship and small and medium enterprises, representing the UAE, has participated in the recently held UAE-US Innovation and Investment Summit

The Summit was aimed at exploring more cooperation opportunities in the next phase to expand and develop UAE-US trade exchanges and mutual investments with greater participation of private sector companies from both sides. It was also aimed at facilitating fruitful partnerships in sectors that support the sustainability and innovation agenda of the two countries.

In his speech, Al Falasi underlined the strength and durability of the UAE-US economic relations, which are reflected in the volume of mutual investments, as the UAE’s investments make up the largest share in the total Arab investments in the US markets, at US$44.7bn by the end of 2020. The UAE also ranks first in the Arab world and the 20th globally among the most important countries investing in American markets. The UAE’s investments in research and development activities related to innovation and technology in the US amount to nearly US$1.7bn and they have contributed to supporting US exports worth US$1.3bn. Meanwhile, the total value of FDI inflows into the UAE from the US amounted to US$19.4bn by the end of last year.

Dr Al Falasi explained that the UAE is now the most active, developed, and fastest growing economic center in the region. It enjoys a remarkable strategic location as well as strong financial reserves, large sovereign wealth funds, great spending on development projects, in addition to a solid, stable, and flexible economy, an attractive and flexible tax policy that contains no income taxes, political stability, a safe and open environment, and a tolerant and multicultural society. The UAE is among the top 20 best countries to live in, according to various global studies.

During the Summit, Al Falasi briefed American businesses and companies on the most prominent projects adopted by the UAE government to support the country’s transition into a new economic model in preparation for the next 50 years. Most notably, he reviewed the ‘Entrepreneurial Nation’ initiative, an integrated gateway towards establishing a new economic phase based on innovation and the empowerment of entrepreneurship. It is aimed at driving a qualitative shift in the supportive environment for entrepreneurship, start-ups, and small and medium-sized enterprises in the UAE through a series of partnerships - the largest of their kind between the government and private sectors, including business incubators, local finance funds, chambers of commerce, and local and global private companies.

Attendees were also briefed on the most recent projects launched by the government of the UAE within the projects of the 50’s framework, in particular, the 10 x 10 programme for the development of UAE exports and the consolidated investment platform, which serves the ease of businesses and the establishment of projects and investments in the UAE through digital channels and proactive services, as well as the initiative of the Emirates Investment Summit “Investopia”, which will hold its first session in March 2022 at Expo 2020 Dubai events.

HE also reviewed the comprehensive economic partnership programme pursued by the UAE and its broad prospects for trade development and facilitation, investment promotion and the enhancement of the UAE’s role in this regard to drive development across the region and the world.