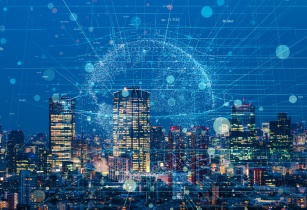 Bahrain is expected to be one of the first countries to provide commercial 5G services by June 2019, pending availability of consumer handsets and equipment, according to Kamal bin Ahmed Mohammed, Bahrain’s minister of transportation and telecommunications

The regulatory hurdles to full 5G implementation have been resolved and the licensing and spectrum allocations are scheduled to be finalised by mid-April by the Telecommunications Regulatory Authority (TRA).

Bahrain held successful commercial trials for 5G technology in June 2018. Mobile operators in the country have begun rolling out the necessary network infrastructure. They are preparing to provide commercial 5G services which will be ready to go when consumer handsets become available, said Ahmed Mohammed.

The products and services will be in line with the 3GPP standards issued in 2018 and are set to utilise bandwidth in the C-Band spectrum (3GHz), allowing national companies to tap into the global 5G services market, which is anticipated to grow from an estimated US$60bn in 2020 to an estimated US$125bn in 2025.

The initiative is in line with Bahrain’s aim to position itself as one of the leading 5G-ready countries and increase its attractiveness as a destination for companies trialling next-generation technologies such as autonomous vehicles and virtual/augmented reality products. These products and services will be supported by the National Broadband Network (NBN) which will provide high-speed fibre-based products to operators and consumers in the nation.

One major benefit of 5G technology is enabling a higher volume of data transmission at higher speeds. This, in turn, enables the development and implementation of technologies such as autonomous driving vehicles, which require up to 100Gb of data per second to operate.

Consistently positioned high in global ICT indices, Bahrain ranked first in the Arab region in the ITU’s ICT Development Index (IDI) for the last five years and fourth globally in the UN’s Telecommunications Infrastructure Index (TII) of the E-Government Development Index (EGDI) in 2018.