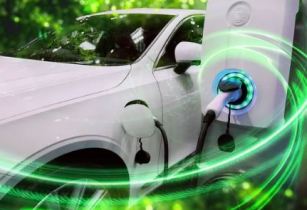 Electric vehicle (EV) producers and suppliers could be facing a major cost headache starting this year as prices for battery-grade lithium are poised to skyrocket, according to a Rystad Energy analysis

Interest in lithium iron phosphate (LFP) batteries has taken off among manufacturers since early 2021. Rystad Energy, therefore, expects the supply of lithium salts to remain tight through the first half of 2022 at least, due to lagging production in China and South America. Producers appear reluctant to sell significant volumes on the spot market, as supply constraints and the ongoing logistical issues caused by the pandemic create bottlenecks in the trading market for lithium salts.

Chinese producers are hesitant to sell lithium salts on the spot market due to constraints caused by a slowdown in lithium carbonate production in Qinghai province in recent months. Similarly, suppliers in South America’s lithium triangle are reluctant to allocate volumes outside long-term contracts despite their planned ramp-up in 2022, taking a cautious stance because of the ongoing logistical challenges.

This supply tightness for lithium salts, combined with the optimistic demand outlook for LFP batteries that typically feed on lithium carbonate, is expected to keep lithium carbonate prices high and support a notable premium over the price for lithium hydroxide in early 2022.

“A fresh new driver for China’s lithium market are lithium contract prices on the Changzhou Zhonglianjin exchange platform. Launched some six months ago, the futures contracts have driven sentiment in the market to some extent, especially over the past two months. This has contributed significantly to the current momentum in lithium prices in China and made trader-suppliers who have attempted to destock in January hold back from selling for now,” said Susan Zou, senior analyst on Rystad Energy’s battery materials team. 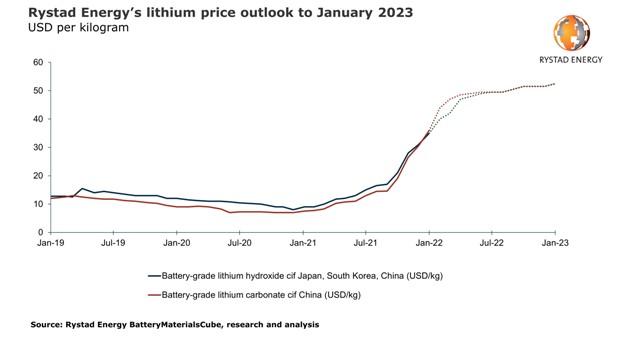