Vision: 'The Future of Riyadh' 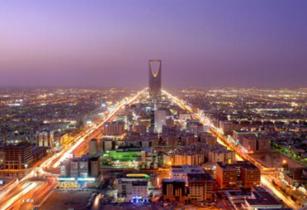 HRH Crown Prince Mohammed bin Salman has revealed its future vision for the city, which makes up about 50% of the non-oil economy in Saudi Arabia

During a panel session at the Future Investment Initiative titled 'The Future of Riyadh', HRH Crown Prince Mohammed bin Salman has revealed the future of the city, one which is expected to see the population increase to 15-20 million by 2030, the city rise in the ranking of top city economies, and move towards a more sustainable landscape.

‘’All of Riyadh’s features set the groundwork for job creation, economic growth, investment, and many more opportunities.

‘’We are therefore aiming to make Riyadh one of the ten largest city economies in the world - today it stands at number 40, the fortieth largest city economy worldwide,’’ HRH said. ‘’We also aim to increase its residents from 7.5 million residents today to around 15-20 million residents in 2030.’’ With cities making up 85% of the global economy, ‘’true growth begins in the city, whether in terms of industry, innovation, education, services, or other sectors,’’ HRH Crown Prince Mohammed bin Salman added. ‘’I have no doubt that the world economies are not based on nations, but on cities.’’

Riyadh accounts for around half of the non-oil economy in Saudi Arabia - the cost to create jobs has been evaluated at about 30% less than the other major cities across the Kingdom.

‘’The cost of developing infrastructure and real estate is also 29% less than the other cities, while the infrastructure in Riyadh is already very well accomplished because of the sound management and planning performed by His Highness King Salman over a period of 55 years and more,’’ HRH explained.

Saudi Arabia has pledged to a Green Riyadh programme, which will see millions of trees planted in the city to reduce temperature and dust levels. Plans were also revealed to improve the city's environmental condition.

HRH Crown Prince Mohammed bin Salman also added that a second listing of Saudi Aramco could happen, as part of its intention to raise funds for the sovereign-wealth fund. A second listing would yield a cash flow transferred to PIF to be reinvested domestically and internationally.