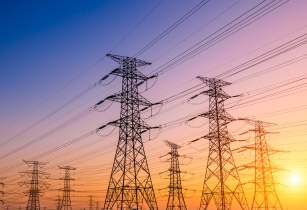 Developers have submitted expressions of interest (EOI) for the project to develop a 3,600MW gas-fired independent power producer (IPP) project at Taiba, located near Medina in the western province of the Saudi Arabia

According to sources close to the project, local developer Acwa Power, France’s Engie and Japan’s Marubeni Corporation were believed to be among the firms that submitted EOI for the large IPP.

SPPC is planning to sign a power purchase agreement (PPA) with the appointed developer for a period of 25 years following the beginning of commercial operations of the plant. The project be developed under a build, own and operate (BOO) structure.

Energy & Utilities reported in January that Saudi Arabia was panning to develop the Taiba IPP along with another 3.5GW gas-fired Al-Qassim IPP project.

The Saudi Electricity Company (SEC) first planned to develop a large project in Taiba in 2015, initially as a 3,780MW integrated solar combined cycle (ISCC) project. The project had been tendered as an engineering, procurement and construction (EPC) contract, with a separate original equipment manufacturer (OEM) contractor to be appointed.

However, the tender was cancelled as the kingdom switched strategy back towards the independent power producer (IPP) model.

The last contract that SEC awarded for a major gas-fired IPP was for the 1.5GW Fadhili IPP in 2016. The project was jointly tendered by SEC and state oil company Saudi Aramco, with SEC the offtaker for electricity and Aramco the offtaker for steam and water produced by the cogeneration project.