UAE to spend US$35bn to reduce reliance on natural gas 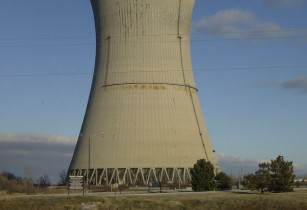 The country’s minister of energy, Suhail bin Mohammed Faraj Faris Al Mazrouei, told journalists that the country will reduce its dependence on natural gas for electricity generation from close to 100 per cent down to 70 per cent by 2021. Mentioning the figure of US$35bn, he said that the money will be invested in nuclear and renewable energy projects.

The minister did not provide a specific break-up for the remaining US$15bn, but said that there are plans to have solar power provide for a large chunk of the remaining requirement. Shams solar power station in the Abu Dhabi desert, launched in 2013, generates 100MW of power. A number of solar power plants are coming up in Dubai, such as the Mohammed bin Rashid Al Maktoum Solar Park, in Seih Al-Dahal, which has a total planned capacity of 3,000MW.

“The Ministry of Energy is currently collaborating with service providers, to develop an integrated strategy which aims to diversify power sources – through the use of eco-friendly power sources that do not produce any emissions of carbon dioxide ultimately achieving sustainability and reducing costs. In addition, we plan to reduce our reliance on natural gas generate electricity by no more than 70 per cent by 2021,” said Al Mazrouei.

Despite being one of the world’s top 20 producers of natural gas, UAE has been a net importer of natural gas since 2008, with a record high consumption of more than 2.4 trillion cubic feet in 2013. A large amount of natural gas is used in the country’s enhanced oil recovery operations and to operate its power and desalination plants.

DEWA calls for expressions of interest for solar park