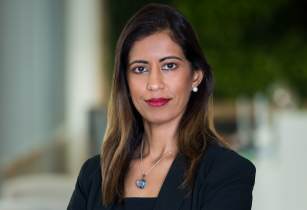 Recent reports are rife with the increasing number of solar projects in Egypt, Morocco, Tunisia and Algeria. Besides, each country is competing with the other to build the biggest solar park in the world. Technical Review Middle East speaks with Gurmeet Kaur, Marketing & Communication Director at Middle East Solar Industry Association (MESIA), to understand if the countries have the support to fulfil their expectations

Gurmeet Kaur (GK): In relation to North Africa, there has been a number of developments. Egypt launched the Round I and then Round II Feed-in-Tariff (FiT) scheme in the Benban region. Egypt’s peak demand is expected to grow annually. This increase in demand and declining oil and gas production mean that Egypt will need to diversify energy production to fill the gap, and as a result have turned to solar and other forms of renewable energy. Morocco also has a healthy programme and is one of the pioneers in northern Africa. As Morocco gets ready to open the world’s largest solar park, the government has, on its part, set defined targets to fulfil its renewable goals. While most of the Middle East countries started with PV projects, Morocco kickstarted its renewable energy initiative with concent­rated solar power (CSP) and today they have a mix of both in the construction phase. Tunisia has recently joined the bandwagon and again the government has set defined targets and it is one of the countries to note in the North African region. These augur well and show that the region is making the right strides to realising its solar ambitions.

TRME: Which North African nations have the brightest future?

GK: Egypt, Morocco and Tunisia are perhaps the most advanced in the region now. When Morocco started, they had a high local content requirement for their renewable programme, but was successful in attracting international developers like ACWA Power, Engie and others. This has resulted in building the local supply chain and boosting the development of the local content. The projects there are already in the construction phase.

Egypt is more recent in its development – Round II of the FiT programme closed in 2017 and it aims to reach between 1.6-2 GW of solar power by mid-2019. However, the construction for Round II projects are yet to begin as a number of developers are in the process of reaching full financing. Unlike in Round I, where developers were guaranteed a high fixed tariff, in Round II of the FiT programme, the tariff was reduced. In contrast, the Round II documents were revised, to make it more aligned and acceptable to international lenders. This has led to some delays. Nevertheless, it has still managed to attract developers and successfully close projects. Egypt is one of the countries where there is certainly a demand for energy and a lot of developer interest. If the country manages to bolster its regulatory framework, address currency restrictions and improve the rules for participating in tenders, investors will become more comfortable in investing in future projects.

TRME: Solar is a huge advantage. However, what challenges do you foresee in fulfilling the goals?

GK: Solar is an important part of the energy mix and offers an alternative to fossil fuel. One of the challenges in developing solar in new markets is the lack of a robust regulatory framework. When solar projects were first announced in Egypt, there were concerns about the political and regulatory risks, and this led to delays and challenges in closing the Round I projects. With some of the contractual issues resolved for Round II, this facilitated some of the projects to proceed. Another factor is the need for clear determination from the government to see through the programme.

For rooftop solar projects, there has to be clear legislation put in place to enable private parties/individuals to export power back to the grid. In most countries in the Middle East, the only entities that can sell power to customers are the utilities.

Another important aspect is financing. Lenders would need to be comfortable with the contractual risk as well as the political risk of the country. For example, this was something encountered in Egypt in its Round I programme with international banks who had concerns with some of the contractual risk allocation. To address this concern and make lenders more comfortable, the government made some changes in the contractual documents in the Round II programme. I think there should be a period of dialogue between lenders and procurers before the bidding phase so that the lender’s concerns can be taken into account and they can get comfortable to lend into these markets. This is what we, at MESIA, try to facilitate and encourage.

TRME: Can you talk about MESIA’s role in North Africa?

GK: Our members include, but are not limited to, developers, suppliers, consultants and government entities. Our role is to facilitate discussions among these players to encourage solar projects in the region by hosting industry trade missions in new markets as well as dialogue between governments and financial institutions. We conduct workshops and seminars, besides supporting other sister organisations across the globe who would be interested in this region. We also have plans to work with schools to educate children on solar energy and its benefits.

The full interview can be read in the upcoming issue of Annual Power 2018.