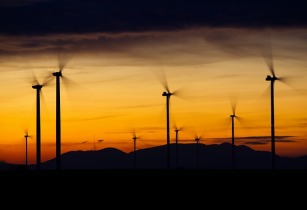 The project will be Saudi Arabia’s first utility-scale wind farm and is the second tender to be issued by MEIM as part of the National Renewable Energy Programme (NREP) under the auspices of the King Salman Renewable Energy Initiative.

REPDO received four bids for the project from leading companies across five countries. The project was awarded based the levelised cost of energy (LCOE) of US$2.13 cents/kWh, registering a new record low price for a project of this type in Europe, Middle East and Africa.

This milestone represents another significant step taken by Saudi Arabia towards creating a diversified power sector mix which puts renewable technologies at the forefront. When completed, the US$500mn Dumat Al Jandal wind farm will generate sustainable power for up to 70,000 Saudi households and is expected to create almost 1,000 jobs during construction and operation.

Dumat Al Jandal was chosen for the kingdom’s first utility-scale wind power project after predevelopment studies showed a strong mixture of Class II and Class III wind capabilities on the site. The average annual generation from the wind plant is expected to be around 1.4 TWh.