A new desalination plant to come up in Casablanca 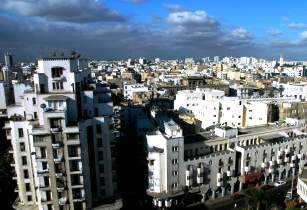 According to L?Economiste, the plant will be located in Casablanca-Settat region, and will supply water to Casablanca.

Desalination plant projects are also reportedly in the pipeline for Al Hoceima, Chtouka, El Jadida, Essaouira, Laayoune, Safi, Saidia, and Tiznit-Sidi; as well as Abengoa?s up to 450,000 cu/m per day project in Agadir.

?With increasing demand and insufficient local resources, the only recourse to reduce the deficit in industrial or agriculture drinking water is desalination of seawater,? said Morocco?s secretary of state for water Charafate Afailal.

The North African country is currently implementing its Water Security Law and contractual framework, the water table contract, which sets out the rights, responsibilities and obligations of water users and other stakeholders. The aim is to avoid overexploitation of water resources.

A recent study showed that Morocco will need to desalinate 425mn cu/m of water by 2030 to ensure supply.

In addition to the world?s largest renewable energy-run desalination plant designed for drinking water and irrigation, to be set up in Agadir for a budget of US$280mn, the Casablanca-Settat region will also build a seawater treatment platform, which will secure access to drinking water for Casablanca, which is still dependent on water from Rabat.