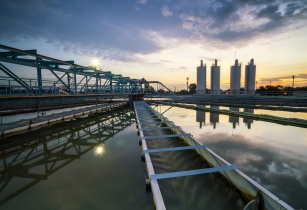 A consortium of Spain’s Acciona and the local Tawzea and Tamasuk has reached financial close for the 200,000 cu/m per day, Medina 3 independent sewage treatment plant (ISTP) in Saudi Arabia

Energy & Utilities reported in August 2021 that the consortium had been selected as preferred bidder for the Medina 3 ISTP with a levelised water cost tariff of US$0.32 per cubic metre. The Medina 3 ISTP project will require total investment of about US$256mn.

Energy & Utilities reported in April that the Saudi Water Partnership Company (SWPC) had received bids from four groups for the planned Medina 3 ISTP.

SWPC issued tender documents to six prequalified groups for the project in June 2020.

The winning developer will sign a 25-year sewage treatment agreement (STA) with SWPC. The sewage capacity will be supplied by SWPC. The STA will be supported by a credit support agreement from the Saudi government.

SWPC awarded contracts for Saud Arabia’s first three ISTP projects in 2019, with sewage treatment plants before this date having all been delivered under standard engineering, procurement and construction (EPC) contracts.

The winning team had submitted the lowest tariff of US$2.87 a cubic metre during a competitive bidding process in August. The Taif ISTP will have a treatment capacity of 100,000 cubic metres a day, and will be developed operated under a 25-year sewage treatment agreement.

In February 2019, the client signed contracts with a consortium comprising local firms Power & Water Utility Company for Jubail, Al-Amwal al-Khaleejiah and France’s Veolia to develop the Jeddah Airport 2 ISTP. The Jeddah Airport 2 plant will have a capacity of 500,000 cubic metres a day.

In January 2019, a consortium of UAE’s Metito, the local Mowah and Egypt’s Orascom was appointed to develop the Dammam West, the kingdom’s first ISTP project.

The Dammam West plant, located in the eastern province of Saudi Arabia, will have an initial capacity of 200,000 cm/d, with a design that will allow expansion up to 350,000 cubic metre a day in thefuture.