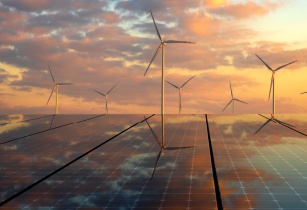 A consortium of Saudi Arabia’s ACWA Power and US-based Air Products has signed the US$900mn engineering, procurement and construction (EPC) contract for the planned US$5bn green hydrogen and green ammonia project at Neom in Saudi Arabia

ACWA Power announced the limited notice to proceed in a stock exchange filing to the Saudi Stock Exchange (Tadawul).

The project will have a production capacity of 1.2 million tonnes a year of green ammonia.

ACWA Power and Air Products each hold a 33.3% stake in the Neom Green Hydrogen Company, with Neom Company holding 33.4%.

Electrolysers with a capacity of 2GW will be supplied by Thyssenkrupp Unde Chrlorine Engineers, a joint venture between Germany’s Thyssenkrupp and Italy’s Industrie De Nora.

Air Products will be the offtaker for the produced green ammonia, and will invest a further US$2bn in distribution.

The project is scheduled to begin commercial operation in 2026.