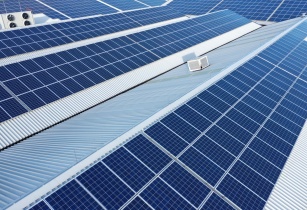 Rooftop solar PV installations are set to surge in the next three years, with total capacity reaching 94.7GW by 2025, Rystad Energy analysis

The growth will continue a recent upward trend for the rooftop solar market, following relatively slow adoption from 2010 to 2016.

Rooftop installations have jumped by 64% in five years, rising from 36 GW in 2017 to 59 GW in 2021 and now represent 30% of the total global solar capacity. The growth has been primarily driven by an increased adoption in China, where rooftop installations increased from 19.4GW in 2017 to 27.3GW in 2021. Before 2017, rooftop solar was almost non-existent in China, with only 4GW of installed capacity in 2016.

The surge in rooftop capacity is mainly due to the incentives and friendly policies introduced by many countries to promote adoption, especially feed-in tariffs (FiTs) that guarantee an above-market price for producers.

Australia, the US and the UK dominate residential solar

Australia, the US and the UK are the only countries in the top 10 countries list for total installed rooftop capacity where most of the systems are dedicated to powering residential properties. This is due to a combination of factors, including incentives (FiTs and grants), the high proportion of homeowners, and the many rooftops with suitable space, as well as the good solar resource (although this does not apply to the UK).

By contrast, the other top countries either do not have enough solar resources, lack incentives to improve the competitiveness of rooftop PV or have most of their population living in rented properties or apartments and are unable to install solar. Thus, C&I leads rooftop PV installations.

US vs. Australia – an incentives case study

The US and Australia are similar markets regarding land, high levels of homeownership, good solar resource, but differ significantly in their solar incentives. The population of the US – 330 million – exceeds Australia’s – 26 million – by a factor of 10, but annual rooftop PV installations in the US are only twice those of Australia. Furthermore, the US has a more even distribution of residential and C&I systems as 44% of the total installed capacity is for powering C&I properties and 56% residential. In Australia, 87% of the small-scale PV systems are used to power residential properties, while 13% are installed for C&I use.

The higher price tag in the US is primarily driven by the significant soft costs associated with purchasing the system, including the sales tax, permitting, inspection, interconnection, and profit margins. All these soft costs in the US account for 64% of the total cost, or US$3/WDC for the 3kw system. In addition to higher costs, the economics of residential systems are less favorable in the US given that retail electricity prices (costs being offset) are substantially lower – but this is state-dependent.